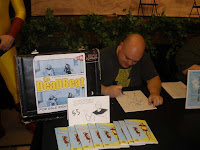 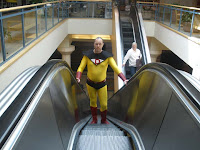 Rob Con in Bristol was a ton of fun. I sketched until my eyes were swollen and my hand was numb, I sold a bunch of books, and met some fine folks. Rob Con was the last stop on my journey to the comic book heart of darkness that was the Deadbeat tour of 2009. What a way to end it as well. Thanks to Robert Pilk and John Stone of Mountain Empire Comics for putting on a fun show. I visited a different place every weekend this month to hype the book...It's been a long month with the signings, work, and starting my next graphic novel. Of course the most memorable thing about this month has been getting news that I was going to be a daddy....Damn...Like I said hell of a month! Anyway thanks to everyone I met at the stores and at the conventions. I had a blast. I'm back on the road in August. My next stop...CHICAGO! Hell for someone who's trying to watch what they eat...That damn pizza! I'll have more Rob Con photos on Facebook. Go find me!
Posted by Massie at 6:41 AM No comments: 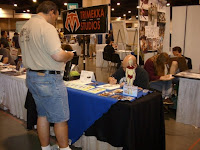 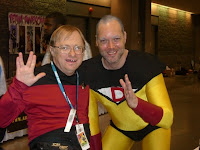 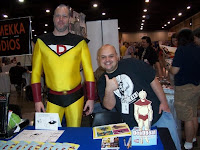 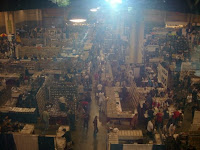 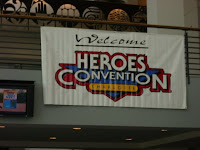 The Heroes Convention was great fun. I sold a bunch of books and met some fine people. I got some awesome mini comics, I'm trying to complete my collection of Brad McGinty and Josh Latta comics. Funny guys to be sure. I also nearly completed my Kirby run of Machine Man, thanks to the various dollar bins. I love the Heroes con, my first time exhibiting was great. Here are some photos for you to groove on. The Deadbeat and Star Trek guy is my favorite. He was a cool guy. Thanks to everyone who who bought a book and talked to me.
Posted by Massie at 6:24 PM No comments: 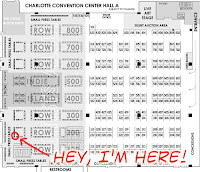 I've been going to the Heroes Con in Charlotte for years now. This year I'll be exhibiting in Artist's Alley with my first graphic novel...I'm a sentimental guy. I'm really excited. I marked my table on the large map...A little fish in a Huge fucking pond. I hope to see you there.
Posted by Massie at 6:00 AM 3 comments: 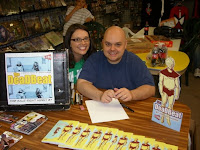 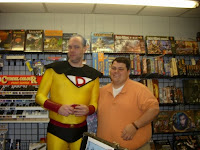 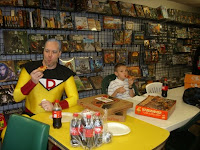 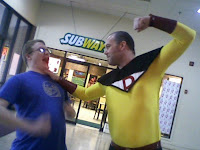 To everybody who bought books. The Deadbeat Tour is going well. Here are some photos from our store appearances at G2K Games in Claypool Hill, and Cavalier Comics in Wise...Both in the lovely commonwealth of Virginia. My favorites are of the Deadbeat stealing Pizza from a young lad, and G2K employee Brennan Dye getting slugged by our favorite drunken hero.
Posted by Massie at 9:35 AM No comments: