The Amateurs Remain In Light 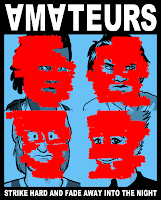 The cool thing about Jason Rainey is that he really gets what you're trying to do. I can't wait for this book to be finished. I love The Talking Heads....So this is the most awesome thing I've ever seen!
Posted by Massie at 5:40 AM No comments: 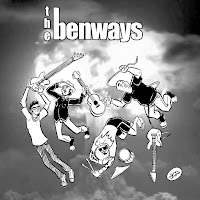 I'm working on this poster for this band...I don't know if they're any good!
Posted by Massie at 5:37 AM 1 comment: 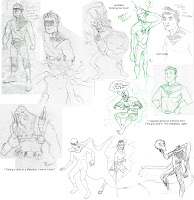 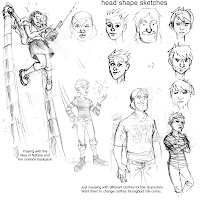 Jason Rainey sent some sketches and thumbnails to me last night. I saw them and dreams of fame and fortune bombarded my skull! Seriously, they're really neat. I want to hug him! He'll probably cringe at me sharing them, but hey, I'm stoked. These are just sketches...so I can't wait to see finished stuff...WHOOHOO!
Posted by Massie at 5:34 AM 1 comment:

I have to skip Wizard World Chicago...But TAYLOR DANE IS GOING TO BE THERE!!

I have to cancel Wizard World Chicago. My wife and I are having a youngin, and we have to do some doctor stuff. I was a little sad at first, but then I took a closer look at the guest list. I saw Taylor Dane was going to be there. Question: Has anyone read any of the comics she's made. What about that latest epic, 12 issue mini-series written by Todd Bridges...No? I'm starting to think skipping anything to do with Wizard Magazine may be a good idea. If you're a 'Twilight' or Wrestling fan though their shitty conventions should be right up your street. I will be attending a convention in Myrtle Beach South Carolina, and a con in Roanoke to replace this one. If someone from 'Different Strokes' is the guest of honor though, I may have to reconsider. I can't compete with Gary Coleman! I'm just a cartoonist. All this makes me very depressed. Taylor Dane?
Posted by Massie at 8:38 PM No comments: