I did a story for the anthology Shiot Crock. It's drawn dirty. I kinda like it. I didn't measure out lettering, or use a ruler. It was great!
Posted by Massie at 4:47 PM 1 comment:

One more for the road. 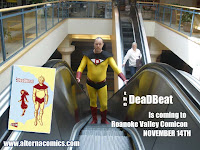 Well, after two lackluster conventions, as far as sales go, I'm a little beat. I plan on going to one more this year in Roanoke and that's it until Charlotte next year. This year I plan on doing lots of comics. That's it. Comics and taking care of Jr. who should arrive in February. My wife and I are expecting. I'll be thirty in a month or so. I feel weird. At the end of the month 'G2K Games The Comic' a work for hire book I did will be coming out. I'll also be in Shiot Crock this year. This year will also be 'Amateurs' year...God willing. I'm tired. I think I hate comic book conventions. I used to love them. I'd like to drop a nuclear warhead on San Diego Comic Con, and watch the red carpet and all the silly actors shilling bastardized versions of pulp paper heroes singe into ash. That would be beautiful. It would also take care of a lot of bullshit.

Hugs and Kisses
Jeremy Massie
Posted by Massie at 6:19 AM 3 comments: 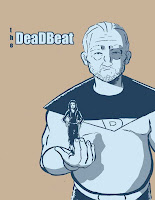 I'll be at the X-Con Convention this weekend. Come see me. We'll catch a wave.
http://www.xconworld.com
Posted by Massie at 12:12 PM No comments: