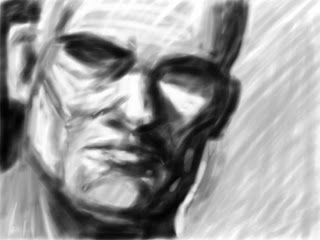 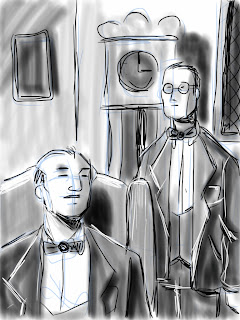 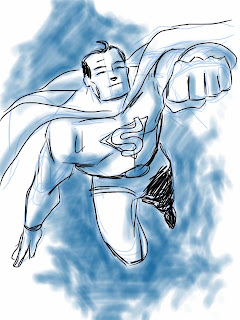 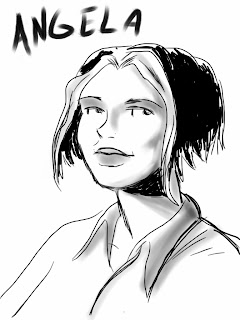 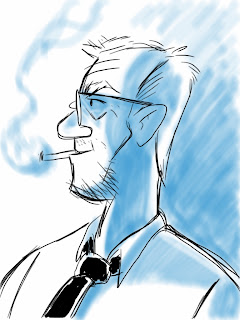 Posted by Massie at 4:15 PM No comments: 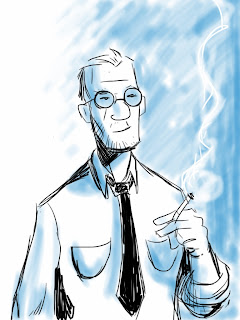 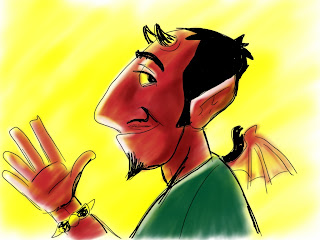 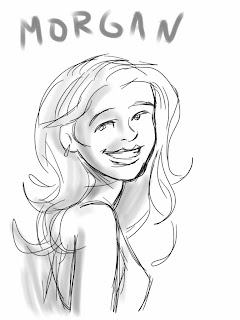 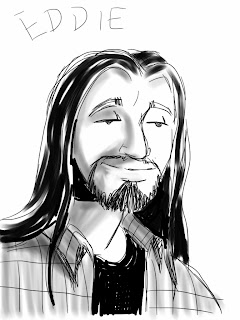 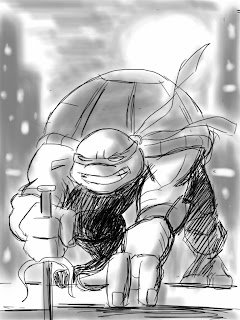 I got this app for my IPAD called Sketchbook Pro. I got a stylus too and spent the entire day doing sketches. There are a few of Matthew Smith's characters from the Simon Says Issue I'll be doing for him. It was fun to fool around with. not very tight but fun.
Posted by Massie at 4:09 PM No comments:

An old friend of mine. 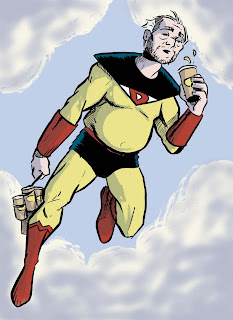 The Deadbeat was in black and white, so we never really got to see him like this. Weird eh?
Posted by Massie at 7:27 PM 2 comments:

The PDWA SHOW gave Bee Sting a plug. I met them at Nashville comic con a few months ago. They are these funny southern guys that do a nerd/pop culture podcast. Check them out. Oh and my apologies to them for the Deadbeat taking like a month to get to them...That sucks.
Posted by Massie at 6:27 AM 1 comment:

So Fubar 2, the anthology edited by Jeff McComsey got a people's choice award over at IGN.com. On top of that the story I drew was mentioned in a review on Aint it Cool News.

CLAP
LOUD!
IF
NOT
THE
RED DEVIL MIGHT
UPCHUCK ON
LASSIE!
EASY NOW
SON!!!!!

For the past two years I have been reading a lot of Super-Hero stories. While working on the Deadbeat I became fascinated by Silver age Super-hero stories, and what began as curiousity exploded into fascination. It started out okay, I read a lot of DC stuff all the way up to the 80's. I finally read Jack Kirby's Fourth World stories and was introduced to the stories of Elliot S. Maggin, both are some of the most rewarding reading experiences a comic fan can have. As a result of my job I have access to all of the recent mainstream releases, so, I began reading the new stuff. This was a mistake. Trying to be able to sell this stuff to people I inadvertantly filled my brain with horrid shit. Lots of it too. Then, when it came time to write another novel.... nothing came out. Well, shit did. Depression set in and I unknowingly kept reading the super stuff every Wednesday. Then the 'New 52' happened, dear God! It has become the 90's again, and I want out!! Don't get me wrong there are a few decent new titles, Animal Man has been enjoyable, but most started out promising (ACTION COMICS) and gradually spiralled into a snoozefest. Most of this is due to the talent not being able to keep up with the "stay on schedule" mandate from the executives who sweat nothing but the bottom line. Trying to capture that 'Collectors Dollar' mentality was what sent me kicking and cussing into the arms of alternative cartoonists way back when, so there I went again.

I took a cruise with my family this past week. Vacation means spending time in a car. Spending time in a car means I'm usually reading. I decided since work has begun on my new comic that I would go to the classics for inspiration. Sort of like how Orson Welles watched STAGECOACH a gazillion times before making CITIZEN KANE. I filled my backpack with some old favorites I hadn't read in a while and dove in. 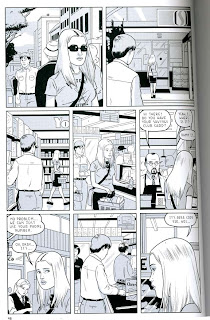 Tomine has always been pretty polarizing. I have always enjoyed his stuff. The first comic I read of his was his 32 STORIES collection. Then I followed that up with his Drawn and Quarterly series. So, I've pretty much been exposed to his work in order of it's publication. SUMMER BLONDE collects the single issue stories of OPTIC NERVE he did before he tackled his first graphic novel SHORTCOMINGS. The story of which the volume is named is probably my favorite and concerns two neighbors and this blonde gal. Every one of the stories in this collection has that open ended finale that you either love or can't stand. I hate to say this but I think the fact his work is so accessable is the reason a lot of the sweater, horn rim glasses, beard crowd has turned on him.

The second book I read was JAR OF FOOLS by Jason Lutes: 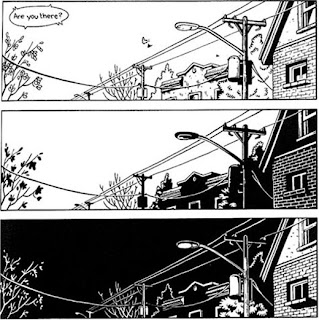 I hadn't read this in ages. It holds up remarkably, it's the story of a magician dealing with losing his brother and lady friend while coming to terms with the fact that people in professions like his are becoming irrelevant. Kind of like being a cartoonist? This thing has great characters. His mentor who's increasingly becoming more senile is a gem. No one can do moment to moment like Lutes...I can't wait until he finishes BERLIN.

Yoshihiro Tatsumi's THE PUSH MAN AND OTHER STORIES followed: 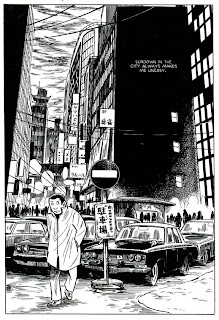 Tatsumi is incredible. I've gone through all the stuff available to me at this point and I keep screaming 'TRANSLATE FASTER!!!' Being to lazy too learn Japanese, I'm at the mercy of Drawn and Quarterly. This is the first collection oh his shorter work, all from 1969, most of these stories have a page count of about 8....AND EVERY STORY KNOCKS ME ON MY ASS!!! I have to read a few at a time or my skull will split. He captures Post War Japan in a very quiet, human, matter of fact way that no matter what culture you belong to, whatever country you sit your ass in, you can feel this stuff in your guts. Something I definitely want to take (steal) from his work for my next outing is the sense of place. A DRIFTING LIFE comes highly recommended...shit, anything with his name on it does as well.

What blast from the past reading project would be complete without reading GHOST WORLD: 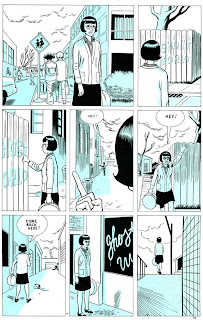 When I abandoned the mainstream ship in the 90's the three books that gave me a jolt were: LOVE AND ROCKETS, HATE and EIGHTBALL. Daniel Clowes hasn't really done a strip I haven't enjoyed...that's rare. Even the throw away gag stuff for EIGHTBALL he did was good. Something I enjoy about him too is the fact that all of his longer stories are so different as far as the subject matter and yet still recognizable as something he's done. Stanley Kubrick would be a film equivalent... Well, Clowes isn't that dry. He's a master of character and dialouge, nowhere is that more apparent than GHOST WORLD. I think my soft spot for this one may have something to do with that I was the same age as Enid and Becky when I read this book. Reading it again I was shocked at the page count....It's like 70 pages long. All that going on in what is probably his smallest page count. Hopefully, everyone's already read this...If you haven't then what's your excuse?

Finally, I NEVER LIKED YOU by Chester Brown. 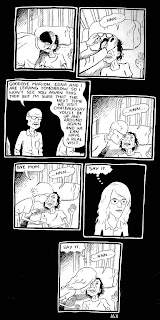 ...For this book. It's sparse as far as the line and dialouge go, It's scenes gradually unfold in this dreamlike way that are jarring yet familiar at the same time....It's my favorite comic EVER. I don't know why. It packs a punch like none other. Brown's best autobio stuff from Yummy Fur. I've read this so many times it's falling apart.
after finishing this again I have no desire to find out what happens to the Justice League.